The music we play in this hour, celebrates the decade that put the Uk

and in particular the City of London, at the centre of world attention

when it came to Fashion and Music.

For a few years in the 1960s, London was the world capital of cool.

When Time magazine dedicated its 15th April 1966 issue to London:

it cemented the association between London and all things hip

and fashionable that had been

growing in the popular imagination throughout the decade.

London’s remarkable metamorphosis from a gloomy,

grimy post-War capital into a bright,

shining epicentre of style was largely down to two factors: youth and money.

The whole of the UK was awaking from the drabness of the 1950’s.

it had been since Roman times.

With the abolition of National Service for men in 1960, these young people

and fewer responsibilities than their parents’ generation.

They rebelled against the limitations and restrictions of post-War society.

In short, they wanted to shake things up…

Added to this, many young British men and women

than ever before – and were looking for ways to spend it.

Nationally, weekly earnings in the ‘60s outstripped the cost of living

where earnings were generally higher than the national average,

the figure was probably even greater.

This heady combination of affluence and youth led to a flourishing

of music, fashion, design and anything else that would

near Soho, for the latest ‘Mod’ fashions.

While women were lured to the King’s Rd, where Mary Quant’s

flew off the rails of her iconic store, Bazaar.

Similar ‘trendy’ places arose in towns and cities all over the UK.

Even the most shocking or downright barmy fashions were popularised

for the first time, became superstars.

Jean Shrimpton was considered the symbol of Swinging London,

while Twiggy was named

The Chelsea Set, a hard-partying, socially eclectic mix of

Music was also a huge part of London and the UK’s swing.

While Liverpool had the Beatles, the London sound was a mix of bands

who went on to worldwide success, including The Who, The Kinks,

The Small Faces and The Rolling Stones.

Their music was the mainstay of pirate radio stations like

Creative types of all kinds gravitated to the capital,

from artists and writers to magazine publishers, photographers, 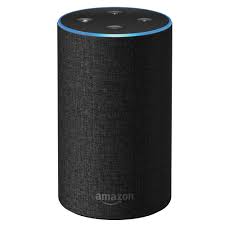 Listen via your Internet Radio Receiver. Our Stream is https:s2.radio.co/s901dbf69/listen